What is Key Club International? 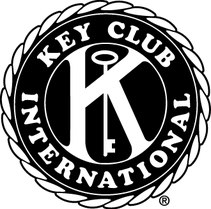 The organization was started by California State Commissioner of Schools Albert C. Olney, and vocational education teacher Frank C. Vincent, who together worked to establish the first Key Club at Sacramento High School in California, on May 7, 1925. Female students were first admitted in 1977, ten years before women were admitted to the sponsoring organization, Kiwanis International.

The Objectives of Key Club are listed below. The sixfold sixth objective of Key Club incorporates the Six Permanent Objects of Kiwanis International as adopted in 1924:

The organization maintains partnerships with UNICEF, AYUSA Global Youth Exchange, the March of Dimes, and Children's Miracle Network Telethon. Through the partnership with UNICEF, a major initiative was launched in 1994 to address HIV/AIDS education and prevention in Kenya.

"I pledge, on my honor,
to uphold the Objects of Key Club International;
to build my home, school and community;
to serve my nation and God;
and combat all forces which tend to undermine these institutions."