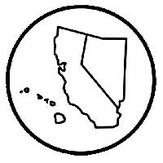 The CNH mascot is the "Bee".

Currently, it consists of 73 Divisions spread throughout the three states.

The California-Nevada-Hawaii District is divided into three main levels of governance; District, Divisional, and Club. Divisions are placed into Regions, groups of neighboring divisions who are partnered together as an alliance for service within their borders. The highest recognized position is the District Governor with the lowest ranking being the Club Bulletin Editor. Key Club also adopts the inverted pyramid, in which the members are the highest governing body, while the District Board and International are the lowest.